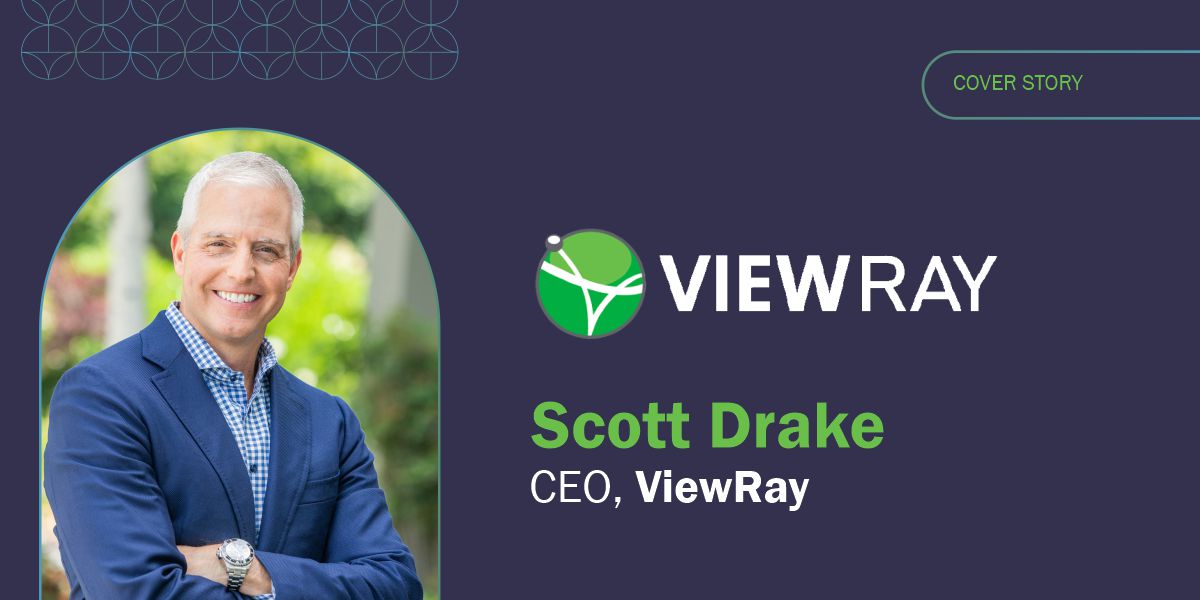 ViewRay was founded in 2004 by Dr. James Dempsey and since then, it has been a leading innovator in MRI-guided radiation therapy. At ViewRay, patients come first and are at the center of everything. The company’s vision is to “Conquer cancer by re-envisioning radiation therapy.”  Most of the cancer patients who undergo radiation therapy require daily treatments that last over several weeks. For example, a standard radiation treatment course for prostate cancer patients can last 9 weeks and go up to 45 treatments. With conventional treatment, radiation is delivered in lower doses over dozens of treatments, called fractions, to minimize the impact of the radiation on healthy tissues.

In addition to that, ViewRay’s mission is, “To treat and prove what others can’t.”  This can be supported by the ever-growing clinical evidence published by MRIdian clinicians, demonstrating a positive impact to patients who were treated for various hard-to-treat cancers including pancreas, prostate, central lung, liver, kidney, and breast cancer. The impact of MRIdian was most notable in patients with inoperable tumors that were previously deemed untreatable due to their location in and around healthy organs or critical structures.

The most compelling stories are the patient experiences reported by MRIdian centers. For example, there are cases where patients with inoperable pancreatic sought out second opinions at hospitals with MRIdian MRI-guided radiation therapy technology after they were told they had cancer with no treatment options. After completing treatment on MRIdian, some patients were reclassified as surgical candidates because their tumor had reduced in size and was no longer near critical structures. As demonstrated in clinical studies, other patients experienced prolonged survival compared to patients not treated on MRIdian.

Scott Drake is the CEO of ViewRay. He joined over three years ago and brought to the company a management approach that he is deeply passionate about. He believes in the big four guiding principles when leading a high-performance team and company. The first and most important is “ARD” which stands for attract, retain, and develop the best talent on the planet. Scott believes it to be the highest priority for leaders to build a high-performing team. At ViewRay, colleagues are deliberately referred to as “teammates” to make it clear that everyone remains focused on achieving the same goals and objectives.

The second principle is to “Operate with wicked strategic clarity.” Scott clarifies, “I include ‘wicked’ as a tribute to my hometown, Boston, but more importantly, because “wicked” is a memorable word and implies an extra level of intensity to focus on the most important activities that are going to “radically delight” our customers. To establish and maintain wicked operational clarity, ViewRay conducts strategy meetings twice a year to review feedback from teammates, customers, and shareholders and identify the most important projects that will continue the success and growth of the organization. The third of the big four guiding principles is “Execute as if lives depend on it,” because in this business, indeed they do. The fourth guiding principle is to “Live our Culture.”

A crucial part of ViewRay’s culture is to “show up” for teammates when “life happens.” Scott describes this as… teammates get married, divorced, have children, become ill, and face the passing of a loved one. And hence, showing up for each other in these difficult times strengthens the bonds between teammates at ViewRay.

In 2014, ViewRay launched the world’s first radiation therapy system which integrated a high-performance with low-field strength MRI system which enables on-table adaptive planning and real-time tissue tracking and radiation beam control.  In 2016, Dr. Dempsey and the ViewRay team commercialized the first ever MRI-guided radiation therapy system with an integrated linear accelerator (LINAC). This innovation includes the patented radiofrequency (RF)- “cloaking” technology to prevent RF emitted by the LINAC from impacting the MRI image quality, as well as magnetic shielding technology to ensure accurate delivery of radiation.

This approach to radiation therapy is called MRIdian SMART (Stereotactic MRI-guided, adaptive radiotherapy). After treating nearly 16,000 patients, MRIdian clinical teams are now defining treatment success by using a five-point criteria; the ability to deliver an ablative radiation dose; treating with tight margins, eliminating the use of markers or implants, and completing treatments in five or fewer fractions, with patients experiencing no to low grade 3 or higher toxicities. ViewRay refers to these criteria as the MRIdian 5.

Innovation is at the core of ViewRay’s quest to conquer cancer. The company strives to solve impossible problems to help clinicians better fight this deadly disease and to provide patients with new hope and a better quality of life. The result was the invention of the MRIdian MRI-guided radiation therapy technology. MRIdian is the first radiation therapy system that implements vision guided control by capturing real-time MRI images eight times a second, faster than human reaction time, to track the tumor as it moves and stop the radiation beam when the tumor moves out of position.

Over the past 30 years, conventional radiation therapy has introduced many lifesaving developments, however, poor soft tissue visualization and no real-time imaging during beam-on has limited its clinical potential. ViewRay has overcome these clinical challenges faced by conventional radiation therapy and confronted them all with its innovation. The traditional imaging technology associated with radiation delivery systems is based on x-rays, which provides good visualization of bone, but limited visualization of soft tissue. This leads to clinical challenges such as the inability to accurately see a tumor for treatment alignment. “Because it is difficult to differentiate between the cancer and nearby soft tissues with CT x-ray images, clinicians often have to implant surrogate registration markers or fiducials. During this invasive procedure, several markers are placed in the area of the tumor to allow the imaging system to see where the radiation treatment should be delivered.” says Mr. Drake when asked to describe the clinical challenges facing radiation oncology. In addition, there exists the inability to revise the treatment while the patient is being treated “on-table.” Between fractions, tumors often change in size, orientation, or shape, and patient anatomy can change for reasons such as weight loss or gain. Mr. Drake continued by stating “The greatest challenge faced by radiation oncology is the inability to accurately track the tumor and nearby critical structures directly during the treatment and to account for this movement in real-time. This requires physicians to expand the targeted region thus exposing healthy tissue to unnecessary radiation and limiting the intended dose that is delivered to the tumor. By not being able to overcome these challenges, patients may suffer from radiation side-effects, referred to as toxicities, due to unwanted dose to healthy tissues.”

ViewRay not only focuses on improving clinical outcomes but also on shortening treatment time and improving quality of life. Today, because of these limitations of conventional radiation therapy, only 14% of patients are treated within 5 or fewer fractions despite decades of innovation in radiation oncology. In contrast, about 80% of MRIdian patients are treated with 5 or fewer fractions. Mr. Drake emphasizes, “The dramatic difference in the patient experience must be considered. That is 5 separate visits to the hospital versus 45 visits. The difference in time, energy, life and career disruption, and financial burden is profound. This is priceless time given back to patients and their families, allowing for a faster return to normal life.”

Mr. Drake concludes, “We believe everything begins and ends with the patient. Our quality policy sums it up nicely, ‘We make medical products that we would be proud to have used on our loved ones.’ Our mission and our culture compel us to develop innovative solutions to conquer cancer and positively change the lives of cancer patients around the world.”

Individual artificial Intelligence: Something Which is Yours

Health education, in which health-related storylines are incorporated into popular TV sitcoms, dramas…

In 2022 a business is only as strong as its brand. Branding has never been more important, so if you…

In desperate need of caffeine, but there is no coffee store around? No worries, Mokase, a smartphone…

Team Computers Pvt Ltd, one of the leading IT infrastructure solutions company plans over 30% increase in manpower