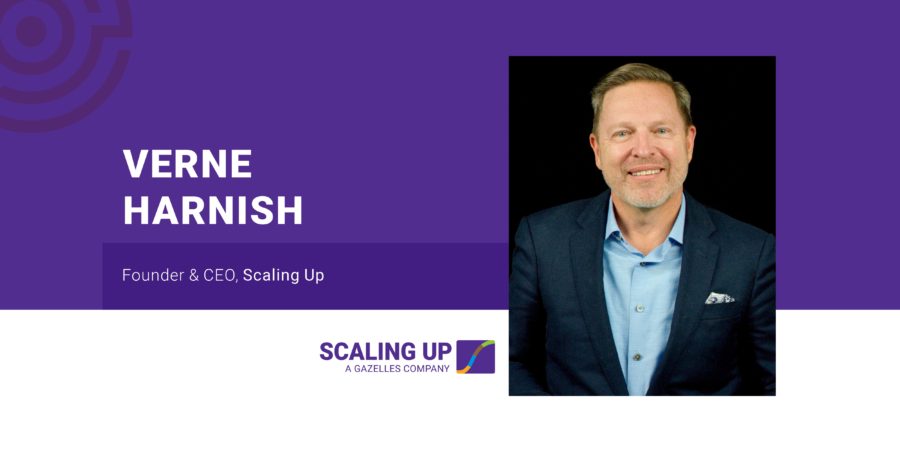 Since 1997, Scaling Up has helped leaders navigate the chaos that comes with scaling a business successfully, specifically in four main areas of the business:  People, Strategy, Execution, and Cash. With more than 190 coaching partners on six continents, a robust online and in-person branded executive education offering, and various SaaS technologies, Scaling Up provides a one-stop-shop for coaching, learning, and tools worldwide to build and execute a strategic plan.

Verne Harnish is the Founder and CEO of Scaling Up and the Founder of the world-renowned Entrepreneurs Organization (EO), which has more than 14,000 members worldwide. He founded and led EO’s premiere CEO program for 15 years held on MIT’s campus, a program in which he still teaches. Verne Harnish is the author of several books, selling a combined 850,000 copies, including Scaling Up: Rockefeller Habits 2.0. He has spent more than 30 years educating, coaching, and creating tools to support growth firms/scaleups.

Verne’s grandparents were all entrepreneurs, including his grandmother, who ran an upholstery shop. His late father launched his business with a handful of partners and scaled it rapidly to US$12 million before Verne graduated.

The subsequent failure of that business was a riches to rags story that formed Verne’s passion for doing all he can to prevent other business leaders from going through what his father and family experienced.

When the pandemic hit in March of 2020, Scaling Up pivoted within two weeks from its in-person two-day summit scheduled at that time to a series of virtual summits to help business leaders navigate current obstacles and focus on new opportunities. It was a three-part series offering two hours of no-fluff, actionable ideas presented by world-renowned business authors and entrepreneurs. Each speaker provided 10-minute bites of relevant images on what to do right now, in the upcoming weeks and in the months to come to ensure their business survives.

The company expected 1,000 CEOs and CXOs to attend this in-person Summit. It set the same goal of 1,000 registrations per event for the virtual summits or 3,000 for the series. However, the company registered more than 11,000 for the series and far exceeded its goal.

Consequently, the company recently signed a significant contract with the Canadian government. Government leaders found that companies using Scaling Up‘s tools were significantly outperforming non-users during the crisis. In the meantime, a big franchise reached out to Scaling Up to say that the franchises that used the system were performing best.

“We’ve been proud of our support for scaleups in the crisis, starting with the creation of our ScalingForward website to our March ‘5 Cs for leading in a crisis’ materials,” states Verne. “Most are thriving because of the information that helped thousands of leaders navigate their way through the world’s reaction to this pandemic.”

Having an Optimistic Mindset

And because it was the fashionable thing to do in the go-go tech boom of the late 90s, he dutifully lost money as the company doubled its growth each year.

When 9/11 hit and business travel came to a near standstill, Scaling Up, which brought in a significant portion of its revenue from live events, was blindsided. That‘s when he ran into a cash-flow crunch and had to fix his business model and pivot the product offering. Scaling Up started growing again in 2002 and Verne paid back its investors.

Verne expresses that failures taught him some of the most valuable lessons. And as his father said, “Nothing clears a person‘s mind like knowing they‘re being hung the next morning.“

Verne is a big believer that leaders are readers; he suggests considering Bill Gates’ ‘Think Weeks,’ Mark Cuban’s three hours of reading each day, and Warren Buffett’s ‘First Priority’ to set aside ample time for reading and thinking: “Innovative leaders must continue to learn and grow.” The biggest challenge in scaling is the company outgrows the leaders if they don’t keep up.

Innovative leaders must also learn how to sustain their organizations’ success and make it through hard times. A good example, says Verne, is “when Steve Jobs came back to save Apple and pulled his team out of dozens of product lines and services, and refocused on making a fabulous computer.” That’s the lesson he learned at Pixar about the power of having just one priority, Verne notes.

Narrowing Down the Audience

Verne believes that “Riches are in the niches,“ and the key to success is targeting a narrow market well.

“After randomly selling the early products/services to anyone that will buy, you step back and decide what’s working for whom and then narrow down your offerings and audience,” recommends Verne. “It’s then a matter of staying engaged, daily, with that tighter market niche. Intuit’s Follow Me Home program has kept Quicken and Quick Books the dominant accounting package for SMEs for decades.”

Verne opines that there should be no “non-tech“ firms anymore. The winners in every industry are using advanced technologies to provide better prediction, service, speed, and cost savings.

For instance, Scaling Up has built a new AI-driven learning platform for its clients, and its Scoreboard and Assessments are using big data to provide companies with comparisons.

As for leaders, AI is forcing the most significant transformation. Verne believes that AI requires a much more traditionally “feminine” environment than masculine to reach its full potential. Letting go of causality is difficult for many traditional leaders, who demand proof that something will work.

Scaling Up will continue to be much more technology-driven. The company has just purchased Oculus 2 and is impressed by the advances virtual reality will make bring to the coaching and training world.

It also continues to partner with leading brands as a way to scale its own brand, with coaching and training finally seen as crucial to companies’ growth. Intellectual capital has replaced industrial capital as the driver of value within companies and industries. Verne envisions that the company will have a bright future.

Starting From the Scratch to Pinnacle

Verne is a big believer in scaling companies through acquisition. He asserts that it’s much easier to take an existing business that already has a customer base and infrastructure in place than to start from scratch. And with the aging of the Baby Boom generation, hundreds of thousands of business leaders need to exit and don’t have family members in line to run the company.

Verne’s partner John Ratliff acquired 24 small call centers purchased from aging business leaders and knit them together. Using Scaling Up tools and techniques, he drove profitability from an industry average of 4% to over 21% and then exited, selling the company to a Fortune 500 firm for 14x earnings. There is a much quicker path from start to exit than doing it organically. 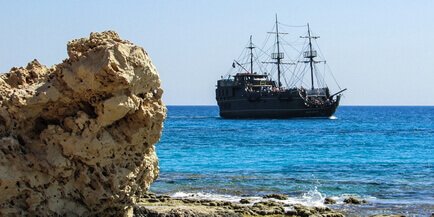 World's biggest cruise ship is "a construction site". Some of the first paying passengers on the world's… 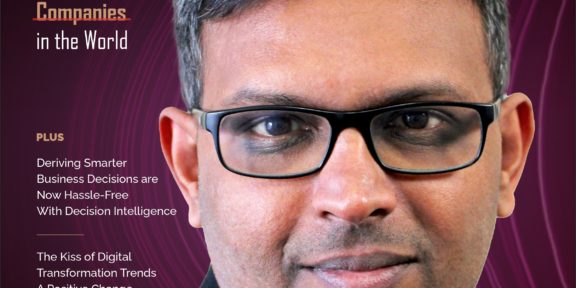 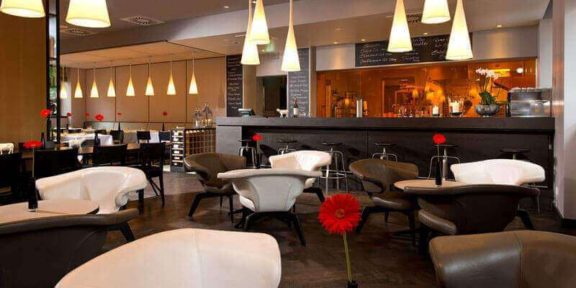 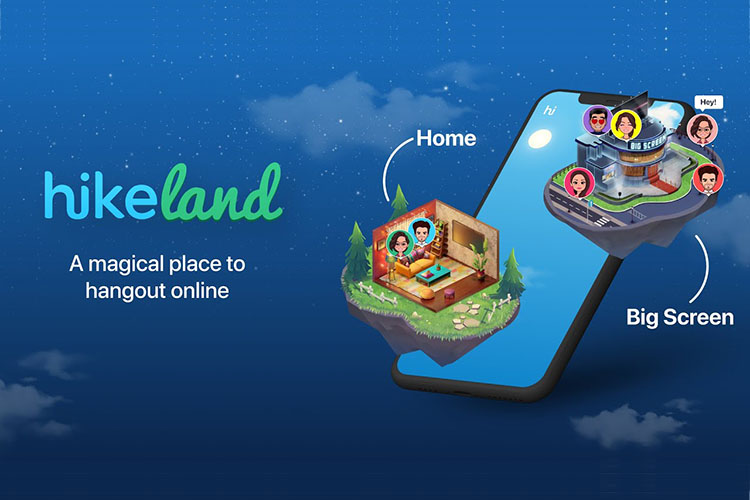 HikeLand Early Preview is rolling out today. To begin with, users can enjoy 2 unique shared experiences,… 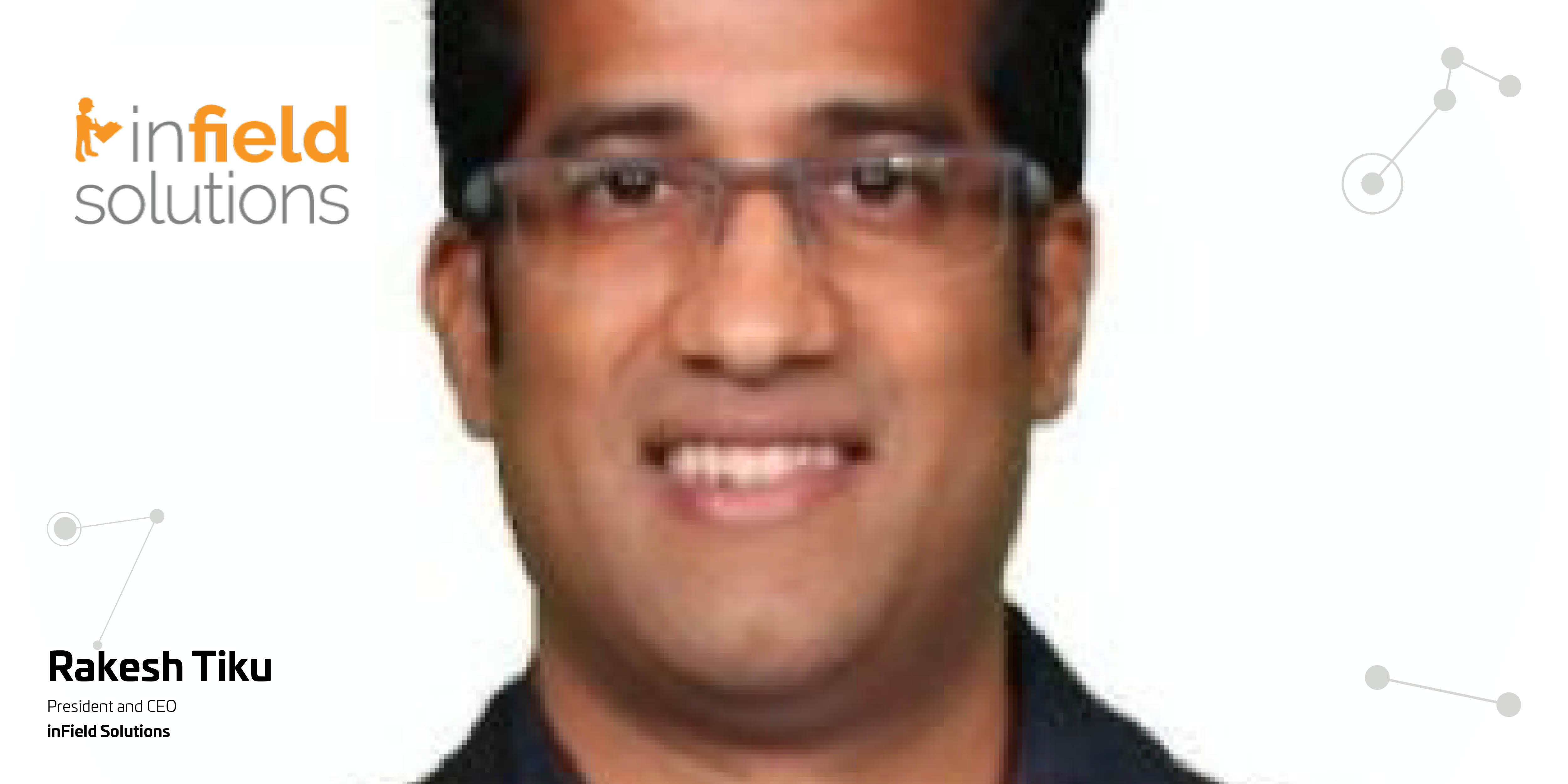 inField Solutions is a portfolio company that is leveraging mobile, IoT, and AI technologies and their… 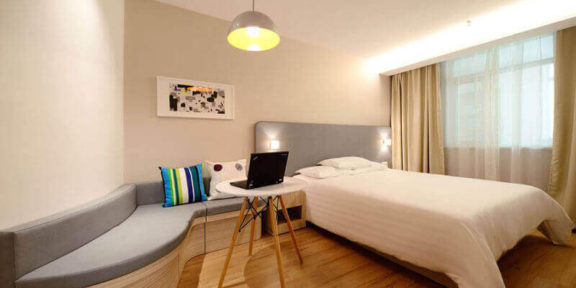 Drawing on traditional town-home influences, we have combined hand-made hardwood furniture and exposed… 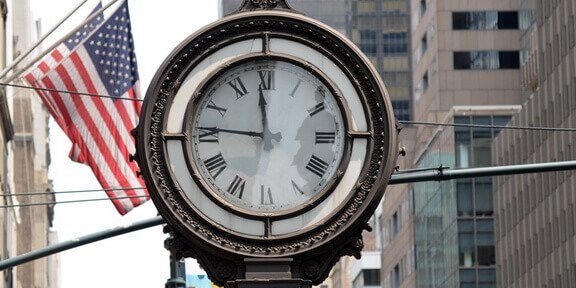 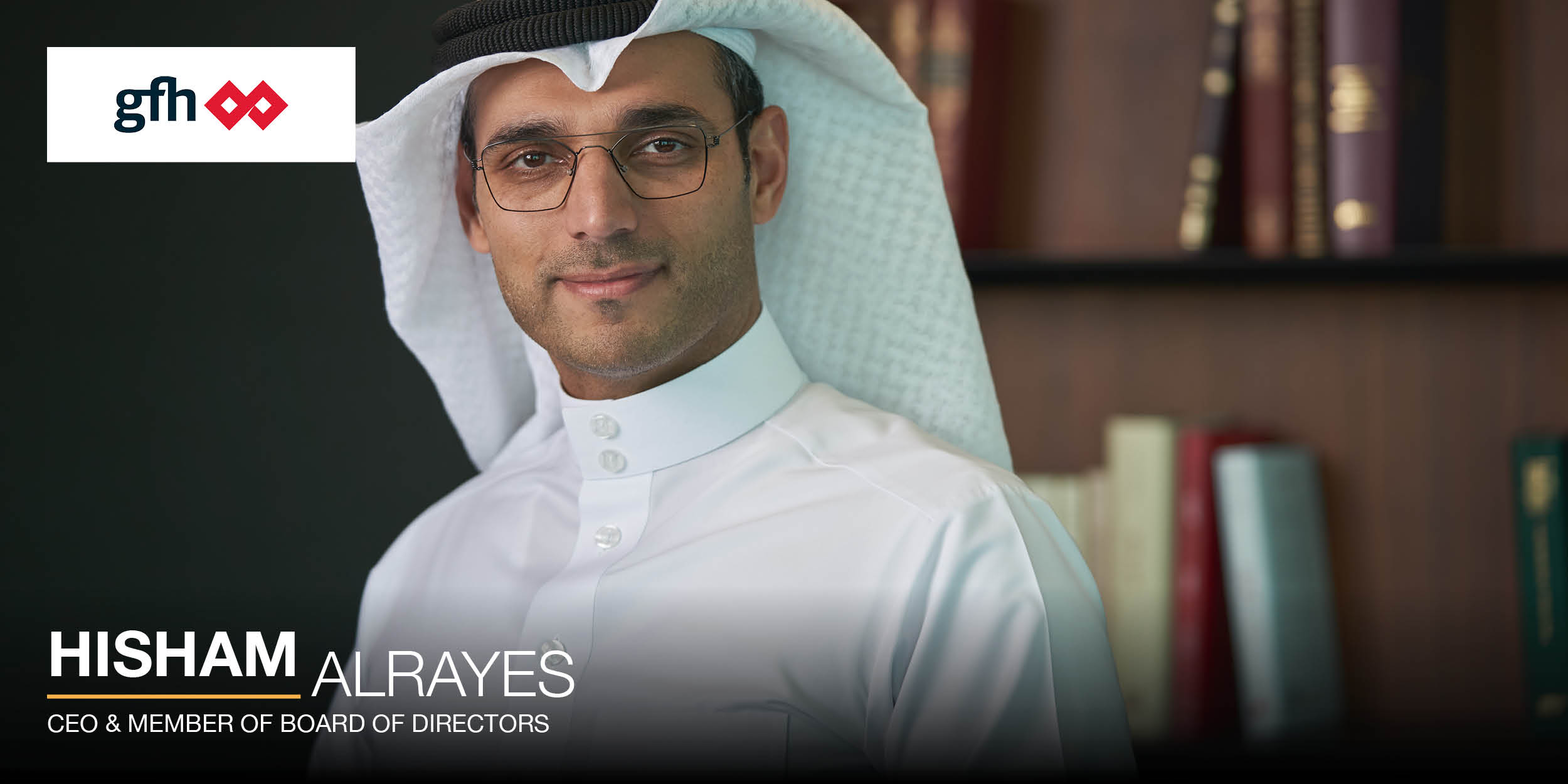 Hisham Alrayes: A Transformational Leader Enabling Enterprises to Grow the Potential of Investments 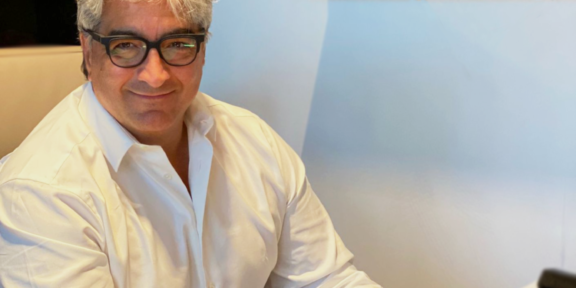