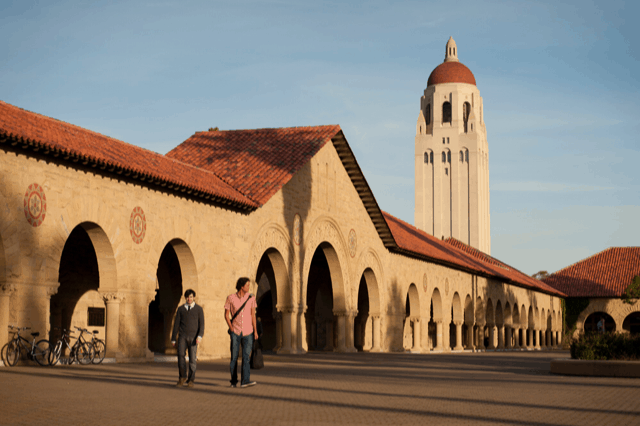 According to MedWhat, there’s a fundamental lack of transparency, honesty, and fair play at Stanford University and their startup accelerator StartX’s Stanford-StartX Fund.

Court documents and information on CrunchBase reveal that cross-complainant’s Stanford University and Magic Stone invested in MedWhat’s direct competition Sense.ly. MedWhat alleges that this info was never disclosed during due diligence or after investing. The company alleges that MedWhat’s private proprietary information was used fraudulently by Stanford and Magic Stone in regards to this investment and conflict of interest.

Also, court documents allege partners at VC firm IncWell, investors in MedWhat, recruited MedWhat engineers to go work for another competing company, all without the approval or knowledge of MedWhat’s executives.

Lawsuit alleges all plaintiffs breached convertible note contracts and committed securities fraud when they refused and obstructed the conversion of the notes when a qualifying financing round at MedWhat occurred. The lawsuit also alleges that IncWell, with knowledge by all plaintiffs, committed wire fraud by calling MedWhat’s bank, First Republic Bank, impersonating Arturo Devesa, and trying to get illegal access to the bank account and asking for the balance and other financial information to obstruct the conversion of notes. Court documents also show allegations of IncWell and Stanford spreading lies and rumours to other MedWhat investors to get them to not convert their notes and turn against MedWhat’s CEO.

MedWhat alleges that convertible note investors Regent Capital, and their partner Ling Yang, misled and lied to MedWhat during a second investment by Regent in MedWhat’s Series A, lying about an investment confirmation and later on backing out of the Series A, and that Regent never had any intention of investing in MedWhat’s Series A nor converting the note, and that Regent’s intentions where to have access to intellectual property and information of MedWhat to use for competing investments they had in China. Plaintiffs and cross-complainants alleged that second Series A investor, Massive Investments Ltc., didn’t invest in MedWhat, however, court documents submitted show evidence that Massive Investments Ltc.’s Series A in MedWhat occurred, contradicting Stanford University.

Also, in the lawsuit, there are claims that Spain VC fund Caixa Capital Risc invested in MedWhat without the intention of the success of the company, and that they invested in the company because the CEO was born in Spain and had a startup in Silicon Valley and Stanford University; allegations that Caixa had alternative motives beyond MedWhat to have access to grants for venture capital by Spanish government for Spanish entrepreneurs. Additionally, court documents show internal conflicts at Caixa, where the partner who lead the investment in MedWhat, left Caixa in 2016 and erased all financials and documents related to MedWhat. Defendant and cross-complaint alleges Caixa used to hide internal errors and scandals within Caixa.

For additional information, visit Case Number: CGC18565596 at https://sfsuperiorcourt.org/ and

In Stanford University MedWhat Lawsuit, Startup Claims Fraudulent Use of Convertible Notes by Its Investors to Steal IP

The Most Common Types of Air Filters and Their Benefits

Choosing the right air filters for your home or business is vital to ensure clean air. There are different…

The power of individual investors is driving fundamental change in the world of capital markets. According…

Do Kwon: The Man Behind a $45 Billion Crypto Implosion

Just off Florida’s south coast, is the place to spot wild dolphins

Just off Florida’s south coast, the tropical island of Key West is the place to spot wild dolphins.

Mastervoice is a language service provider, delivering simultaneous interpreting solutions as its primary…