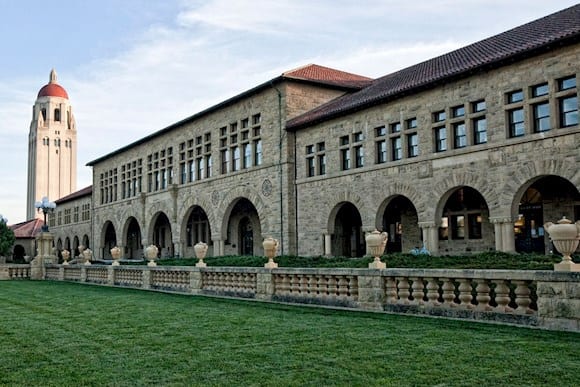 Stanford University is being accused in Santa Clara County Court of running a tax fraud and money laundering operation via venture capital fund Stanford-StartX Fund and breaking its tax-exemption through misrepresentations about how the fund was operated, the real source of funds, important conflicts of interest between the fund and the University Trustees, and manipulating startups to conceal Stanford University’s overstepping its tax-exemption and direct involvement and active management in the venture capital fund. A second lawsuit filed in Santa Clara County Court in the Superior Court of California states that the University lied to startup accelerator program StartX and all of its 200+ startup investments about who the managers of the fund were, the real policies of the fund and the source of the investments into the startups.

The lawsuit was brought forward by StartX startup MedWhat CEO Arturo Devesa. Devesa was a research scholar and data scientist at Stanford University’s Medical School from 2016-2017. His medical artificial intelligence company MedWhat was accepted in 2013 into startup accelerator StartX and was introduced to the Stanford-StartX Fund while at StartX.

Devesa states in the lawsuit that all investments it received from 2014-2017 came from a bank account under the name The Board of Trustees of the Leland Stanford Junior University, also known as Stanford University, and that he couldn’t find any evidence of a bank account owned by Stanford-StartX Fund Limited Liability Company. Devesa also goes on to say that he received for years detailed instructions by the fund and Suzanne Fletcher to never use the name Stanford University when advertising investments in MedWhat, that the fund was a separate legal entity from the University, and to always use the fund’s full legal name: Stanford-StartX Fund LLC. However, Devesa states his startup MedWhat never received any money from the Stanford-StartX Fund LLC.

Under tax laws, a tax-exempt University is prohibited from commingling assets with a for-profit entity.

The troubling statements concerned Devesa as Suzanne Fletcher was the person with whom Devesa dealt for years about investments in his startup and who StartX told him was the manager of the fund. The claims by Stanford-StartX Fund LLC and Stanford University’s lawyers to convince judge to force MedWhat to repay convertible notes investments to Stanford-StartX Fund LLC gave Devesa a rare look into how the fund had worked for years and who his real investor was.

After Devesa filed a counter lawsuit in San Francisco Court in January 2019 showing evidence of tax-exemption violations, Stanford University started back pedaling after it realized it had gone too far in its tax-exemption overreach and mistakenly revealing how they were committing tax fraud via the fund.

A week after Devesa’s first lawsuit in San Francisco County on January 2019 as cross-complainant, Stanford University’s CFO Randy Livingston announced the cease of new investments and shutting down operations of the Stanford-StartX Fund LLC. Livingston is a Defendant in the lawsuit.

The same week Devesa filed his second lawsuit as a Plaintiff in Santa Clara County, Stanford’s endowment deputy CEO Greg Milani was fired from the University, and two unnamed Stanford Trustees left the board and two new ones were added. Stanford’s endowment CEO Robert Wallace is listed as a Defendant in the lawsuit.

Court documents reveal it appears the University used Stanford-StartX Fund Manager Suzanne Fletcher as a front to maintain its tax-exemption status and give an impression to MedWhat of no involvement in commercial activities while hiding two of its employees operating actively the fund from school premises. Court documents state the fund was ran illegally by Susan Weinstein, Assistant Vice President for Business Development for Stanford University working under Stanford University chief financial officer Randy Livingston, and Sabrina Liang, Director of School Funds at the Stanford University endowment.

Devesa claims the structure of his investor Stanford-StartX Fund wasn’t the success of its investments but structured with misrepresentations in order for Stanford University to illicitly profit and run clandestinely while very actively a for-profit venture capital firm while keeping its tax-exemption intact and manipulating Devesa to accomplish that.

Stanford University Board of Trustees co-investing with Stanford-StartX Fund LLC.

Online records show the fund was a pass-through shell company in Delaware State Division of Corporations with Stanford University’s General Counsel Debra Zumwalt as the Officer of the fund. Under tax laws, a tax-exempt University is prohibited from commingling officers from the non-profit with a for-profit entity or subsidiary.

The lawsuit reveals that on Stanford University’s 2016 IRS Form 990, on Page 6, line 16, asks “Did the organization invest in, contribute assets to or participate in a joint venture or a similar arrangement with a taxable entity?” Stanford University responded falsely No to protect its tax-exemption status.

According to the lawsuit, that’s an obvious false statement as Stanford University wired MedWhat and 200 companies’ money directly under the University name and operated the investments via University employees.

Board of Trustess involved in the illegal wiring of for-profit investments, directly from Stanford bank accounts, into tech companies are:

The Stanford University Board of Trustees recently elected two members: Aneel Bhusri, co-founder and CEO of Workday and Advisor and former Partner at Greylock Partners venture capital, and Sarah Ketterer, co-founder and CEO of Causeway Capital Management. They will begin five-year terms on June 1. The University hasn’t announced which Trustees they’ll be replacing. Greylock Partners, and formerly Aneel Bhusri, is a large investor in StartX companies and has made co-investments with the Stanford-StartX Fund LLC.

Cameron Teitelman, founder of StartX and StartX and Stanford-StartX Fund is listed as a Defendant in the lawsuit for creating the fund and falsely advertising to StartX companies and Devesa the fund’s mission was to support entrepreneurs with an educational mission.

A Stanford-StartX Fund LLC co-investor in MedWhat, IncWell and its partner Simon Boag, are sued on the lawsuit for wire fraud and impersonation committed in the County of Santa Clara. Devesa states in the lawsuit that while Stanford-StartX Fund LLC and IncWell attempted at recalling back their investments from MedWhat, IncWell partner Simmon Boag called on the phone MedWhat’s bank First Republic Bank in Palo Alto, impersonated Devesa, and attempted to have access to the bank account information and bank balance to find out how much cash MedWhat had on hand. The banker knew Devesa’s voice personally and when he told Boag “You are not Arturo, Sir”, Boag hang-up the phone. Devesa states in his lawsuit he has proof it was Boag as Boag emailed multiple times two days before Devesa aggressively asking for proof of bank balance of MedWhat when IncWell refused to automatically convert their convertible note into equity under a clause of automatic conversion if MedWhat raised a certain amount of capital. When Devesa was alerted immediately by the bank, he called Palo Alto Police Department, who according to Devesa, refused to investigate the matter when Devesa mentioned Stanford-StartX Fund being a co-investor with IncWell.

The lawsuit states the fund interfered in the business operations of MedWhat by using MedWhat’s business information and proprietary technology to make investment decisions in the medical artificial intelligence space that were conflicting with being an investor in MedWhat.

Court documents reveal Stanofrd University invested in fund enough money (10%) to have minimum exposure to StartX companies while having access to their IP but without attracting a lot of attention from the media and IRS and from the SEC 10% rule of No disclosing ownership information requirement for 10% ownership or less in a company’s equity.

As a tax-exempt University, Stanford doesn’t pay any property taxes to the County, and growth plans to build more University housing puts pressure on the resources of the County without any tax revenue. The County denied Stanford’s proposed plans to increase the size of the housing size in the University in its current form, prompting the University to file a lawsuit against the county saying such ruling was unconstitutional.

Simultaneously, Devesa challenges Stanford’s tax-exemption status and the privilege is granted by the local, state, and federal government to not be taxed as a corporation given its educational mission and status. Stanford University’s aforementioned actions according to Devesa are fraudulent strategies to evade taxes while being engaged in activities prohibited under tax-exemption laws while putting a burden on the tax payer while illegally profiting and swelling its endowment up to $30billion from $22billion a few years ago.

Stanford University is currently under investigation by the U.S. DEPARTMENT OF EDUCATION for possible violations of its education mission related to the College Admission Scandal of March 2019 involving bribes to Stanford University’s Sail coach to lie in college admissions in exchange to ‘gifts’ to the University’s endowment. A Chinese national from a Chinese Billionaire family is involved in paying $6.5million to a charity to get his daughter into STANFORD UNIVERSITY by cheating in her credentials as part of the college admission scandal involving felon William Singer.

Around the same time, assistant director of admissions at Stanford University was charged in March 2019 with attempted homicide after allegedly attacking his girlfriend with a knife while on LSD. James Shirvell, 26, was arrested after police responded to a call in the Potrero Hill neighborhood.

Stanford University is already under a lot of scrutiny by federal regulators and the government with respect to potential code of conduct violations, lack of ethics, break of department of education rules, and poor governance.

How the BFSI Sector in India Rely on Data Analytics

Cultural and Natural Heritage Tours (CNH Tours) specializes in curating once in a lifetime experiences.…

Ken Hom, the godfather of Chinese cuisine, and Ching-He Huang, leading chef of the contemporary generation,…

Your vehicle is likely among the most important assets you own. It is a costly investment that brings…

Indian Businesses Lead On AI Adoption In Comparison To The UK & US, Finds PEAK’s State Of AI 2022 Report

Key Highlights: 61% of organizations in India have a Chief Data Officer compared to the global average…

Biggest Challenges for Women in the Tech Industry

The tech industry is one of the most rapidly growing industries in the world. Climbing the career ladder…

Nationwide school-level coding competition, Code2Win, for students of Classes I to XII. Split into 3…

10 Most Promising Retail Companies to Watch Out in 2020

The Kiss of Digital Transformation Trends: A Positive Change for Companies

The world is going gaga over digital transformation. The deadly pandemic called COVID-19 has taught…

How Are Companies Employing Cobots in Their Workspace?

When the Robotic Industries Association…

Why AI Technology Is the future of Cybersecurity?

While 61 percent of enterprises state without…