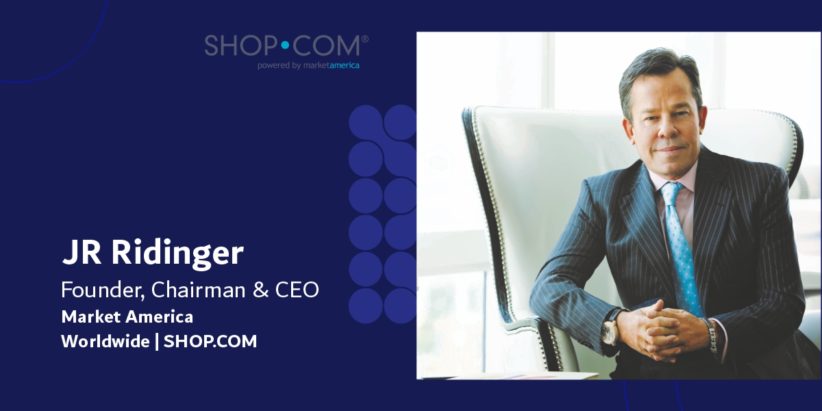 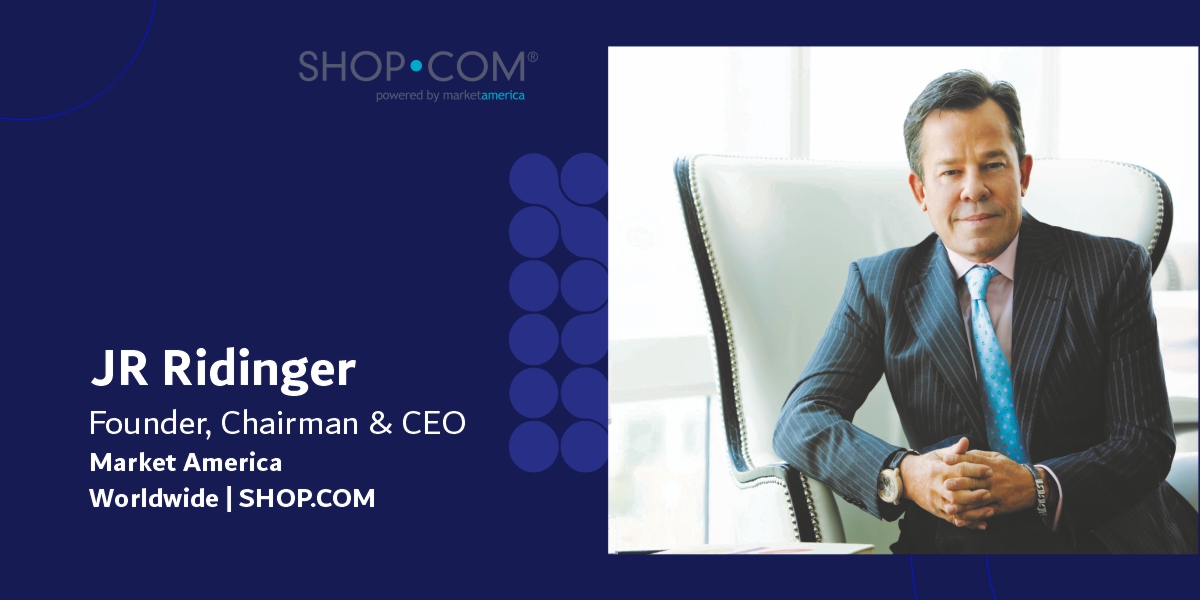 Online shopping is instant and spontaneous but sometimes lacks personalization. It is this lack of personalization that has become more noticeable to consumers during the recent online sales boom. Moreover, during the past 17 months, online shopping has not only become commonplace but a necessity for millions of us who are now purchasing products online for their everyday needs rather than driving to a store. According to a Forbes article, online retail sales, as a percentage of total retail sales, were around 19% in February 2020. That number jumped to close to 35% a year later. Furthermore, the online shopping surge shows no signs of slowing, with global e-commerce sales expected to reach $4.2 trillion by the end of 2021.

Leading the spirit of entrepreneurship

Market America Worldwide | SHOP.COM is an award-winning global e-commerce and product brokerage company that specializes in one-to-one marketing and empowers entrepreneurs around the globe. These entrepreneurs, called UnFranchise® Owners, follow Market America Worldwide’s roadmap to develop a supplemental income based on retailing and everyday spending. SHOP.COM, Market America’s global and award-winning e-commerce site, boasts millions of savvy shoppers and has generated more than US$48 million in Cashback for consumers who have access to millions of products on SHOP.COM, including Market America’s exclusive products and thousands of top retail brands.

In 1992, JR Ridinger started Market America with his wife, Loren, who is now the Senior Executive Vice President of Market America Worldwide | SHOP.COM and founder of the award-winning cosmetics line, Motives®. What began as a small home-based business flourished and evolved into a global powerhouse, with eight unique sites across the globe, including the United States, Canada, United Kingdom, Australia, Hong Kong, Taiwan, Singapore and Malaysia. As Founder, Chairman & CEO, ­JR Ridinger’s job is to provide the vision and strategies to ensure that the company always stays a step ahead.

Interestingly enough, the idea for the company’s unique online shopping experience and business model came about when Ridinger and his wife, Loren,went to the movies more than 30 years ago.  It was this trip to the movies that Ridinger says would forever change their lives.

“To say that I loved the movie would be an understatement. I was so impressed with it that I ended up telling nearly everyone I knew about it. In the theater that night, we were swept away; we found ourselves fully lost in the moment. While the distribution company probably paid millions to promote this movie, I’m almost certain the word-of-mouth advertising I did after seeing it had an enormous impact on viewership,” said Ridinger.

In fact, Ridinger came out of the movie impressed enough to devise an experiment based on the theory of referral tracking. He told his friends about the movie and asked them to call him as soon as they had seen it. As a result, Ridinger got plenty of calls from not only his friends but, somewhat to his surprise, from people he didn’t know. As it turned out, they all liked the movie, too. After some consistent tracking, he discovered who the sources of the referrals were. He then wondered, “What else can I do with referral tracking?”

Challenges that pushed him to innovate

It was only after meeting Loren that everything started to click for Ridinger. His frustrations with traditional business models soon evolved into solutions.

Ridinger lovingly said that meeting Loren was either synchronicity or divine providence. Not only is she a brilliant, successful entrepreneur in her own right, but she helped Ridinger refine his ideas and focus his pursuits in a direction that yielded tremendous returns. Instead of just listening to his innovative business concepts, she spurred Ridinger to action and helped channel his ideas into a forward-thinking business model.

Ridinger stated that he created a way for people to get paid to shop. Before the personal computer revolution, everything was operating on outdated notions. Like so many people of that era, Ridinger had grown disillusioned with different aspects of the industry’s traditional business model, specifically mass media and mass marketing. Mass media branding and marketing initiatives cost millions of dollars to execute at the time, all while ignoring the emerging digital world. Too many people neglected the small changes needed to create a new world and a new way of doing business. Too many failed to foresee the internet — but Ridinger didn’t.

Additionally, he was frustrated with the inadequacies of different business models that were so focused on developing new concepts without helping people navigate the pitfalls they encountered. He realized consumers were being manipulated by outdated marketing models designed to benefit retailers over consumers. He knew those models needed to be corrected and democratized.

The idea that turned the light bulb on

At the time, the personal computer was just starting to take off. The internet and smartphones didn’t exist. The instant gratification of online shopping was a foreign concept. Computing power was minimal. But Ridinger had an idea that he knew was worth developing.

Ridinger bought 100 Commodore 64 computers, each with 64 kilobytes of RAM and primitive dial-up phone modems. Although this early model’s slow pace is trivial compared to today’s advanced speed and power, the Commodore was a cutting-edge device back then and precisely what Ridinger’s referral-tracking project needed to blossom.

Armed with newfound technology, Ridinger expanded his referral-tracking project scope to include a process for identifying what people want to purchase. He cultivated a team that believed in his concepts, and this team collected and processed data that was tabulated weekly to determine and track the wants of their families and friends. The company evolved.

“It was a blend of old-school ‘people power’ combined with new technology,” said Ridinger.“And as the technology evolved, so did our team’s approach. We used the information we compiled to determine trending products and then sourced them at the best prices. In the process, our team was able to take traditional marketing tactics out of the loop, along with ancillary expenditures such as advertising, inventory and overhead.”

Ridinger and his team, which included Marc Ashley, who is now President & COO of Market America Worldwide, were ultimately able to deliver the products people wanted at better prices than if they were shopping without all the information and data Ridinger had collected, known as collective buying power. It was a new phenomenon – leveraging data and collective buying power — and it was an idea that was only getting started.

“By aggregating data, you can cut to the chase and learn what drives consumer behavior, which ultimately allows you to more effectively source in-demand products while adding value by reducing or eliminating shipping costs, overhead, branding, marketing and more. Then, you can sell it at a lower cost to the consumer by starting with a targeted, tailored approach. If you repeat this process enough times, you’ll develop a satisfied consumer base to which you can continue to offer additional products utilizing this same tailored one-to-one approach. That’s what happens when people power meets emerging technology,” said Ridinger.

This system also mitigates some of the largest cost points in the traditional retailing model by reducing excess inventory, overhead and money spent on antiquated mass-media branding methods.

“If you have the data, you don’t need to guess, and you certainly don’t need to spend millions on advertising. If you already know what people are looking for, you can harness that information with collective buying power to deliver the best products at the best price,” Ridinger said.

Reimagining the sales process with a people-focused approach

Long ago, Ridinger came to the fundamental realization that people hate to be “sold to,” but they love to buy. When we walk into a store and the salesperson approaches us, we don’t get excited about the “help” they want to give, ultimately selling us anything and everything they have. We don’t like to be pressured, intimidated or told what to do. But in the 1980s and 1990s, that’s what mass marketing was all about. People back then were bombarded with nonstop representations of what they should do, eat, wear and look like. It was a common approach to marketing, designed for mass consumption with no consideration for the consumer as an individual.

But if you somehow knew what individuals were looking for, you could transition from merely selling something to providing a much-desired good or service. Tailoring your retailing efforts around this notion helps to match products to people and people to products.  And that’s precisely what Ridinger did.

During the internet revolution, the grand scale of referral tracking and wielding consumer power proved to be the right idea at the right time. What started as an experiment with a small group of people grew to 10,000 — and eventually millions of consumers.

“Based on our original tracking system that we created after our trip to the movies, we implemented a referral tracking system as part of our business model that rewards everyone in the referral chain for purchases made,” said Ridinger. “It’s a complete system that empowers consumers by tapping into their collective buying power, representing the evolution of people power and innovative technology working together synergistically. That simple concept of amplifying consumer buying power has evolved into something we call the Shopping Annuity®.”

Ultimately, the Shopping Annuity helps people analyze and understand their shopping habits, shop smarter and save and earn money. Since Ridinger’s fateful trip to the movies nearly three decades ago, his company has built a global business based on this simple concept of consumer and entrepreneurial empowerment.

“For any entrepreneur to experience lasting success, I think they need to possess some combination of the following traits and characteristics: believing in yourself and your idea, adaptability, resourcefulness, resilience, persistence, passion and trustworthiness,” stated Ridinger. “You don’t always have to be the sharpest knife in the drawer or the wealthiest person in the room; sometimes you just need a mix of quality traits backed by a belief in yourself. That belief is probably the trait that matters most.”

Aligning the company with innovation

Market America Worldwide | SHOP.COM always starts by evaluating the market to determine the most relevant products and where these products can make a meaningful impact. Its product and marketing teams look for underserved or underutilized categories and attempt to identify ways to make a positive impact and create value. It’s not only about developing new products but determining what people want and providing it to them as well.

Ridinger also emphasized that technology is the nexus of innovation and necessity, so rather than think of it in disruptive terms, he instead likes to consider it an “opportunity maximizer.”

As for leadership, he has always been a big believer in the concept that the primary function of a leader is to create more leaders. By investing in future generations of leaders, the company ensures that the contributions and insights of previous generations are appreciated.  Simply put, leading by example is the best way to lead.

“I see our continued growth and success bolstered by emerging technologies and trends as we continue to seek new markets, products and opportunities,” explained Ridinger. “The company is in a state of constant improvement, evolution and growth, and there’s much in store for the future.”

Advice for budding and emerging leaders

Ridinger’s advice for any budding leader: Never forget where you came from. He noted it’s all too easy to do so, especially after you’ve tasted success. He said that if you remain true to yourself and your family as well as to the reasons behind your entrepreneurial endeavors, good things will happen.

“It’s all about authenticity, no matter what business you’re in,” he concluded.