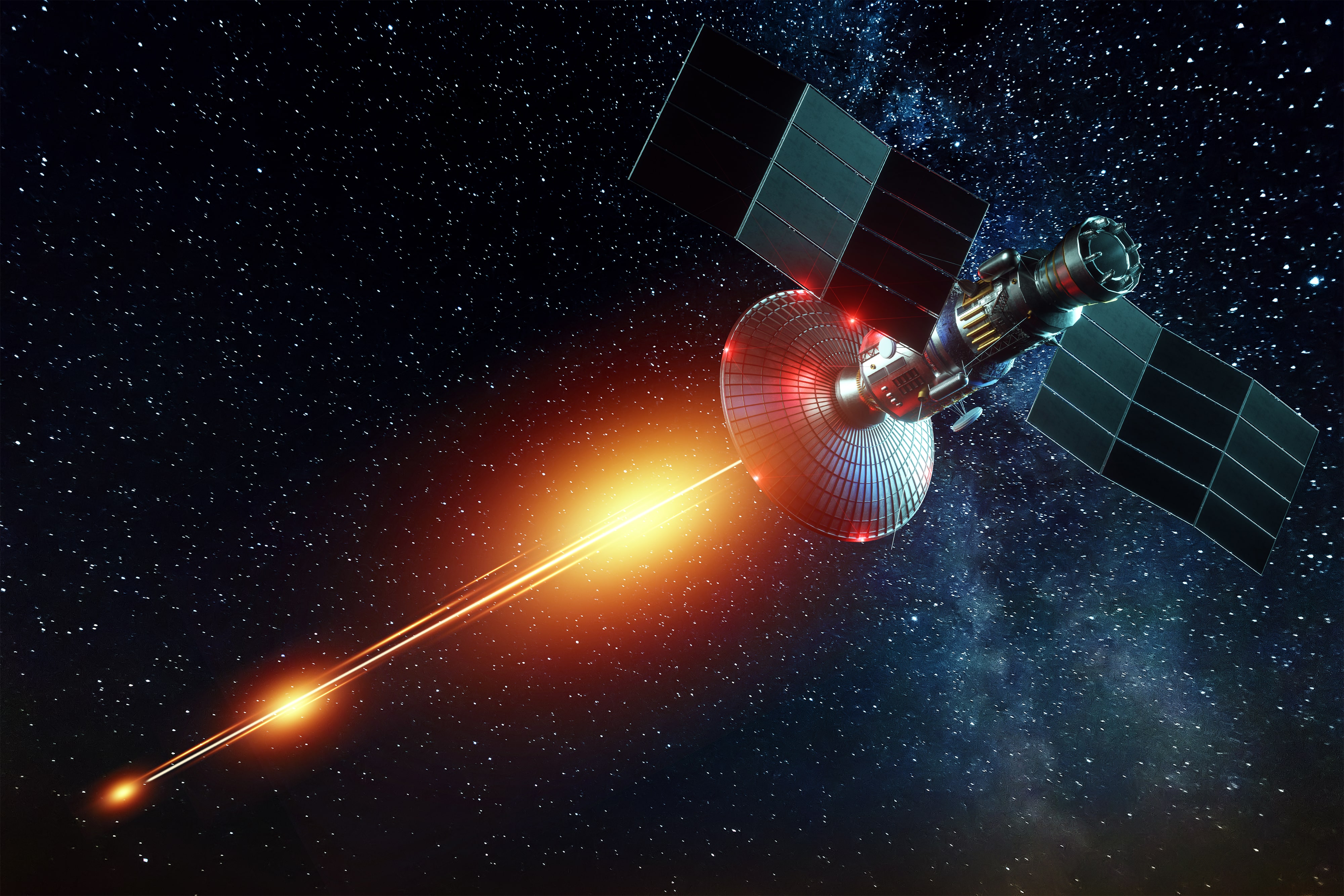 The space industry is very fascinating sector, advancing at a lightning speed.

Ever since the development of the space industry began after the second world war, it has been continuously advancing and evolving. From rockets and then satellites entered into military arsenals, the space innovation later found civilian applications. It is the US$360 billion industry, as of 2018 and is forecast to reach US$558 billion in 2026, growing at a CAGR of 5.6 percent. The birth of a new crop of space tech startups is now set to bring the industry to a new next level.

For the last couple of years, we have been seeing how the space companies are making greater leaps and bounds to take the lead in humankind’s march into space. Space tech companies like SpaceX, Spaceflight, Blue Origin, etc. are already leading the industry through innovative breakthroughs. Though private companies are now working collaboratively with public ones, here is a look at the 10 most promising space tech solution providers in 2020.

Founded by technology entrepreneur Elon Musk, SpaceX is currently leading the industry with its rapid innovation. The company is quietly developing its network of satellites; recently launched120 Starlink satellites in 2019. SpaceX is also planned to launch another fleet of 120 satellites by early 2020. The company has attracted many eyes through its various milestones over the years, and it is the only company using reusable rocket technology.

Astroscale is a private space tech company with a vision to secure the safe and sustainable development of space for the benefit of future generations. Founded in 2013, the company is building innovative and scalable solutions across the spectrum of on-orbit servicing missions, including Life Extension, In-situ Space Situational Awareness, End of Life services, and Active Debris Removal. With these missions, Astroscale is aimed at creating sustainable space systems and lessen the mounting and hazardous build-up of debris in space.

Swarm Technologies is a satellite company founded in 2016 that committed to providing accessible, low-cost global connectivity. The company built Swarm after having hundreds of conversations with people craving to implement affordable connectivity for their businesses. By providing connectivity to people and devices in remote regions, Swarm makes data accessible to everyone, everywhere on earth. Swarm Technologies, which involves a team of scientists, engineers, and startup operators, has created the world’s smallest communications satellites, enabling unique economics that make our network services and hardware accessible at the industry’s lowest costs.

Orbital Sciences designs, manufactures and launches small- and medium-class space and rocket systems for commercial, military and other government entities. In 2014, the company merged with Alliant Techsystems to create a new company called Orbital ATK, Inc., which in turn was taken by Northrop Grumman in 2018. Since its inception in 1982, Orbital has delivered 150 spacecraft to commercial, military and civil customers globally.

Spaceflight is a premier launch service and mission management, provider. The company allows businesses to reserve cargo space in launches at significantly lower prices than a traditional private launch. In last 2018, Spaceflight launched its first dedicated rideshare mission, and since it has been carrying satellites for organizations including research centers, museums, middle schools, and others for both commercial and educational purposes. Along with providing end-to-end launch services, the company works with nearly every launch vehicle provider on the planet, with capabilities to launch the smallest cubesats up to the largest telecommunications satellites.

Capella Space, a data and information services company, which provides insights from space with its constellation of very powerful satellites. The company’s high-resolution SAR satellites are matched with unparalleled infrastructure to deliver reliable global insights that sharpen the understanding of the changing world, improving decisions about commerce, conservation, and well-being on Earth. In 2020, Capella Space has planned to launch a constellation of satellites and ground infrastructure in partnership with Amazon Web Services to facilitate instant downloads through the Amazon cloud.

AeroEdge, which started in January 2016, mass produces titanium aluminum turbine blades for a next-generation jet engine. The company aims to be a global leader in the aerospace industry. It is engaged in the mass production of titanium aluminum turbine blades with SAFRAN AIRCRAFT ENGINES (formerly SNECMA) in France. AeroEdge began mass-production in August 2016, a few months after the head factory was completed in Ashikaga, Tochigi Prefecture. It has only been a short period since the company began as a full-scale manufacturing company.

NanoRacks, a space operations provider, which maintains regulatory and training compliance with Russia, U.S., and Japanese standards for all things involving a flight to the ISS and Earth-orbit or beyond. Founded in 2009, the company provides a commercial access to low-Earth orbit. To date, NanoRacks has launched more than 500 payloads, ranging from satellites into earth orbit to research equipment bound for the ISS.

Axiom Space is an aerospace manufacturer and orbital spaceflight services company that provides missions to the International Space Station (ISS) while building its commercial successor. While making access to Low Earth Orbit global during the remainder of ISS’ lifetime, Axiom is constructing the future platform that will serve as humanity’s permanently growing home, scientific and industrial complex in Low Earth Orbit (LEO) – the cornerstone of human activity in space. Axiom provides 10- to 180-day missions to ISS today.

NextAero is the manufacturer of rocket engines for small space launch activities. The company’s mission is to enable transformative space products. With the rapid movement to commercialize space and colonize extra-terrestrial bodies, NextAero envisions a revitalised space age that is analogous to the Australian gold rush, or reminiscent of the American Pioneers. NextAero has developed proprietary bell-shaped rocket engines to provide propulsion solutions. Its rocket engine includes ProjectX and Project19.

Blockchain in Banking: Why Central Banks Mull Over Digital Currency? 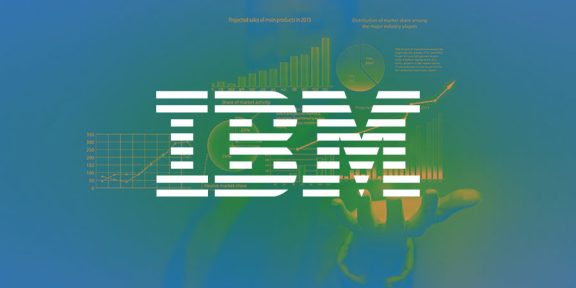 Imagine that you are stuck in traffic for long and looking for a better parking program, Mawgif will… 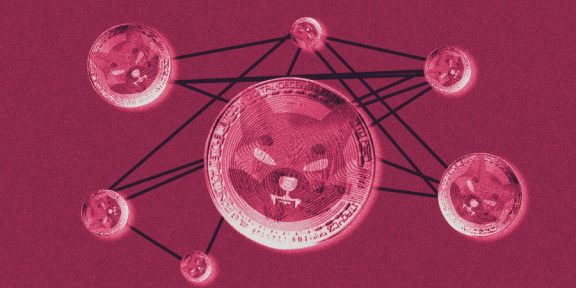 Memecoins like Shiba Inu are going up while Crypto giants face a fall in price. The Russia-Ukraine war… 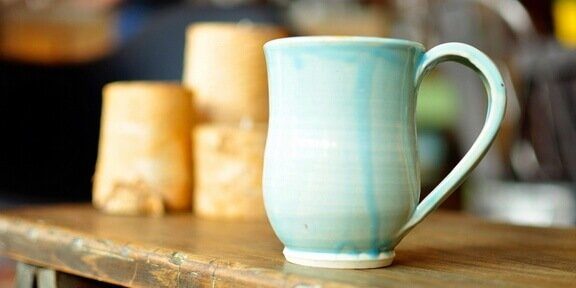 The blue lake and golden sands of Lake Malawi is the location for this magical African festival. 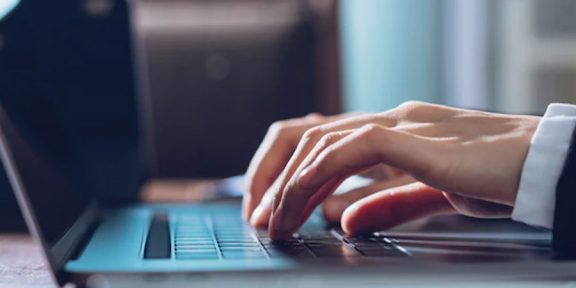 The tech industry may be dominated by men in terms of numbers, but there are lots of brilliant women… 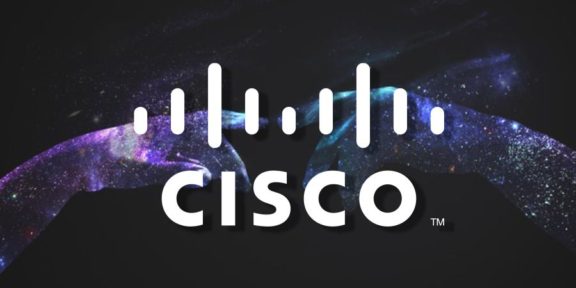 Over the last few years, the role of Chief Security Information Offers (CISOs) has changed at an unprecedented… 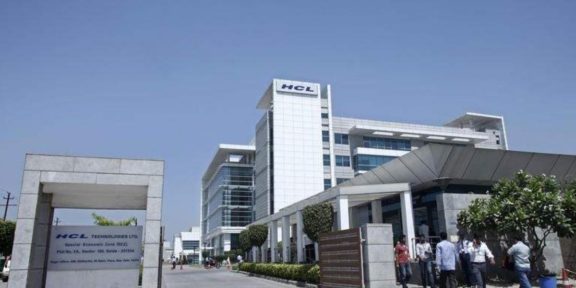 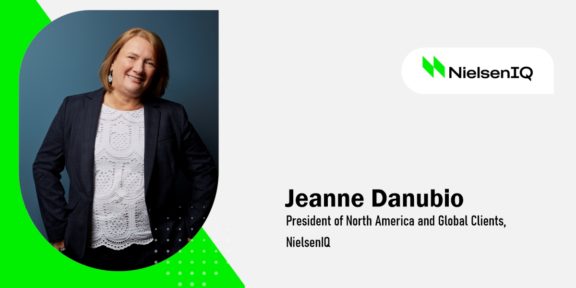 How technology, talent and innovation are propelling the market research firm to become the world’s… 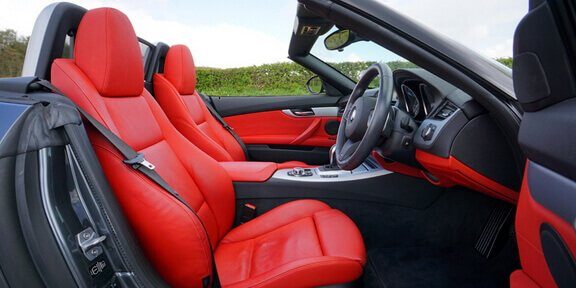 Eight automakers are recalling more than 12 million vehicles in the U.S. to replace potentially dangerous… 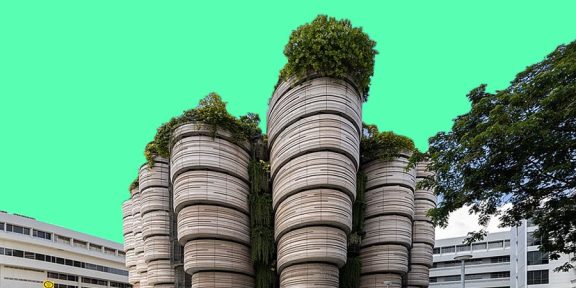 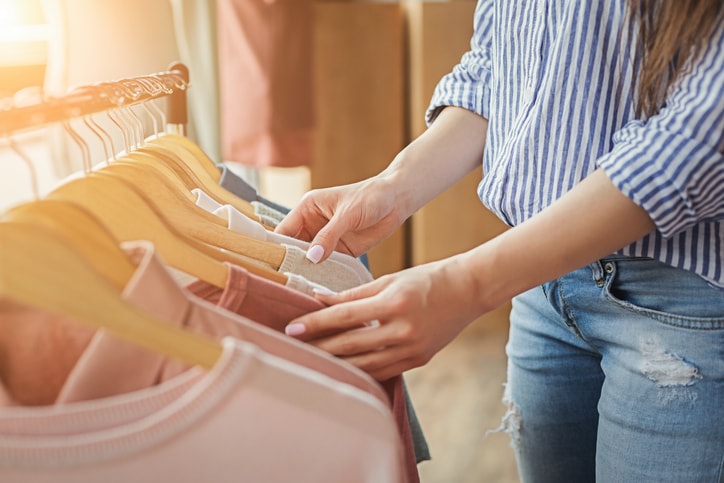 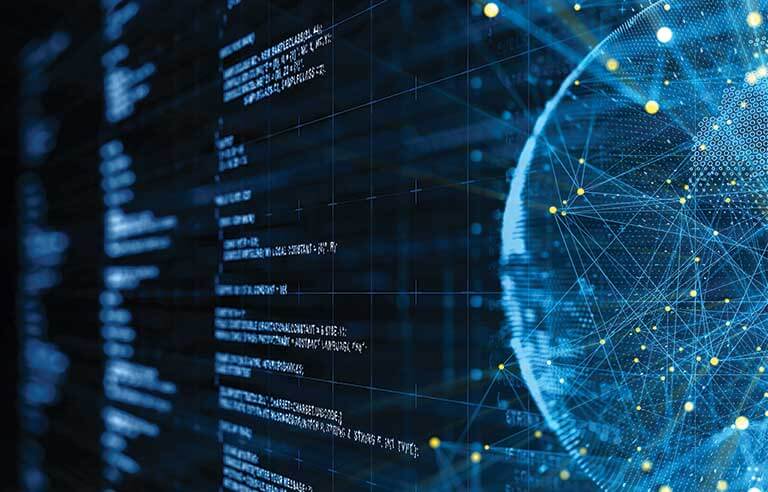 Today’s vast availability of the internet… 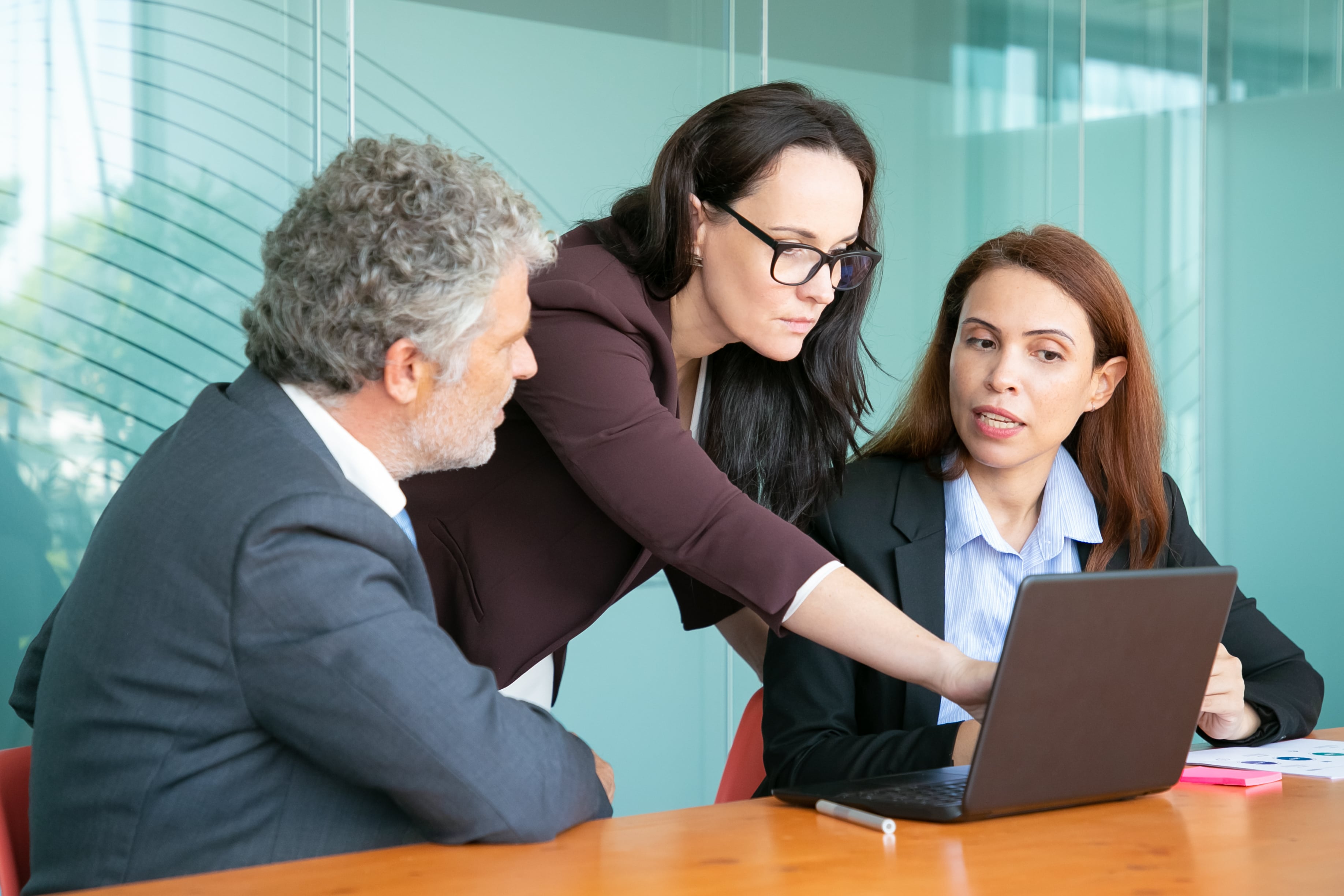 Until recently, the term “disruption”…